Andy is a scrum master for Headforwards. He has worked in many different environments from the military through to a number of challenging corporate roles including CIO and Change Director. Having worked in many industries such as engineering, finance, communications, utilities and insurance, in roles as both customer and supplier he has a greater understanding of how people, teams and organisations operate helping his ability to continuously improve his approach.

Firstly, it’s important to note that I didn’t stumble across the theory of Organisational Debt and then plan to talk about it – rather the other way around. Throughout my career I have had many experiences that I think are important to address, so I’ve tried to find a theory that best matches the problems I’ve encountered, and I think Organisational Debt is it.

There are several interpretations of the term Organisational Debt, but it’s Steve Blank’s theory that is closest to what I’m referring to: “the people/culture compromises made to just ‘get it done’…”

Technical Debt is a good place to start to establish exactly what we mean by ‘debt’ in this context. Originally coined by Ward Cunningham, Technical Debt (or tech debt/code debt) refers to the result of development teams taking actions to expedite the delivery of a piece of functionality or a project which later needs to be refactored. In other words, the result of prioritising speedy delivery over perfect code.

In trying to deliver something as quickly as possible, a debt is created – there might be problems with performance or a lack of features which can’t be ignored, so at some point you will have to go back and fix things.

Similarly, the Organisational Debt I am referring to looks at the problems in a business caused by taking action – or in some cases, not taking action. There are a multitude of reasons the debt may occur:

If you change and transform but don’t think about your people and the processes you are changing, you cause problems with teams and might frustrate people, but if you do nothing, the same can happen – you create Organisational Debt because nothing has changed.

If you’re rushing things through, you’re going to cause problems, but if things don’t change quickly enough, it’s going to frustrate people.

Eg. If you say, “we’re an autonomous company, you go do – you own that”, it’s not enough – you need more detail. An individual might interpret that as they can’t ask for help, they need to sort it out themselves. Or they might think they can spend money and do what they want. It’s often not as black and white as that, and that ambiguity can cause Organisational Debt.

This is one of the biggest parts of it – a lot of Organisational Debt can be generated by leaders not having the skills and capabilities to identify and deal with it.

Flexibility is great, but you have to balance it with consistency. Eg. There is a great deal of flexibility in the way appraisals can be carried out, however, if there is too much flexibility, people might be treated differently, which will cause Organisational Debt.

People like to know where they’re going, and if they don’t it can be difficult. Some companies give tasks without explaining them. Goals are crucial – things soon drift if goals aren’t set.

Clarity over job role and responsibilities is important. If clear roles are not identified it can cause problems for both the person who doesn’t know what they’re doing, and their colleagues. 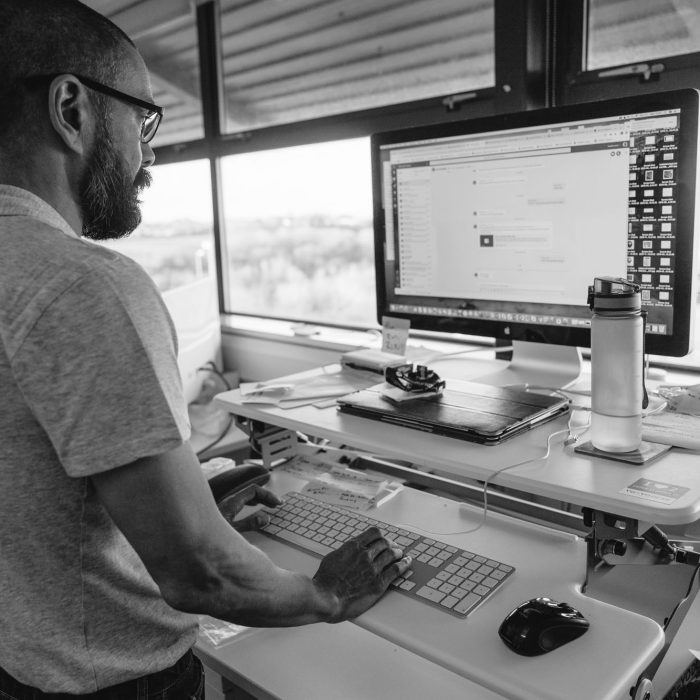 In both scenarios above, the individual becomes ineffective and does not perform well. Whilst it may appear that they are at fault, this is organisational debt playing out – the problem is rooted elsewhere and is very difficult to recognise.

In the case of the Product Owner in example 1, the environment has created the problem, but the development team can’t see it. In the case of the HR Manager in example 2, it could be that not everyone is clear on the organisational structure, that the HR Manager is not (or is perceived as not) an expert in their field, or that not everyone is aligned on the culture and the responsibility the role carries.

These pockets of organisational debt are rarely seen by CEOs and alike, which is why leaders are so important. Working closely with a team and having regular one-to-ones, leaders should be able to spot changes in behaviour and sense problems. However, for every one pocket of Organisational Debt a leader spots, there could be another 50 they don’t see. As a company grows and changes, the full extent of the Organisational Debt is unknown.

If Organisational Debt is not managed (refactored) it can lead to poor performance, lack of belief, lack of care, lack of respect, and the dreaded growing moan – one person moans but that moan becomes infectious and spreads very quickly.

Even if Organisational Debt can be identified, it is difficult to resolve. Often, leaders or other people within a business lack the skills to be able to understand and deal with it effectively – it’s often not seen as a big problem because seemingly only one person is involved. In many cases, fear of conflict presides over any action being taken – these things run deep, and resolving issues often involves difficult conversations and conflict.

So, what can you do about it? On a basic, proactive level, it’s a case of using standard change management tools. If you’re changing something, think of the impact it might have on your processes and on your people and how you can mitigate that. Ensure you have upfront leader knowledge and training, a well-defined structure, people that know the direction in which the company is going and understand it (even if they’re not happy), and investment to support your plan.

In our industry, regardless of how long you test a product for – whether it’s six weeks or 12 months, when you release it, it will still have bugs. It’s the same where Organisational Debt is concerned: you can be as proactive as you like, doing all the things mentioned above, but you simply won’t pick everything up. In fact, in the case of Organisational Debt, as soon as you take a proactive step to address it, you are likely to create more.

There are reactive measures you can take to control Organisational Debt: make people aware of it, communicate the importance of dealing with it, understand how to recognise it, make sure leaders are skilled in dealing with it, and not take a break from trying to keep on top of it. A sharing platform (like a community of practice where you get together and talk about the Organisational Debt you have) can also be a very effective way of addressing the problems in your company and identifying more.

There’s no doubt about it, Organisational Debt is a rot. It’s often invisible – which makes it easy to ignore, it’s really difficult to resolve, and yet it needs continuous maintenance.

If your people are not working well for you, your company will not thrive – it might not even survive. Make considered changes, rather than rushing things through and leaving a trail of Organisational Debt behind, and ensure your leaders are well equipped to identify and deal with growing moans.