Akhila Rao is a Software Developer at Headforwards, currently working with Cornwall Council. Akhila was born and bred in Bangalore, India and earned a distinction in her Bachelor of Engineering from Vishweshwaraiah Technological University. She is a certified Dynamics 365 CE and Power Platform developer working in the Microsoft Dynamics CRM space for the past 7 years, across various sectors including healthcare, banking, insurance, hospitality and serving clients like Microsoft, NHS and Abbott Labs. Akhila is also an Indian classical dancer and has performed Bharatanatyam at various stages globally. On weekends Akhila teaches and mentors young girls through Make a Difference NGO, Bangalore. 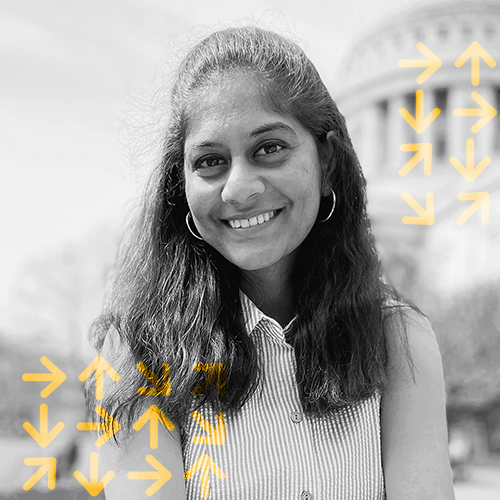 Our Meet the Team series is diving into the stories of some of the amazing people that work at Headforwards. We’ve already explored how our co-founder Craig got his start in software development and Data Solution Designer Selvi’s work designing and building systems for Cornwall Council.

This time, we spoke to Akhila Rao, a software developer looking to make a real difference in society. We discussed her drive for learning, her start in support roles, and how she’s ended up working with Cornwall Council at Headforwards.

Since she was young, Akhila has been passionate about creating positive change. As a creative person with a love for technology, she wanted a career where she could meet people, form connections, and experiment with lots of different skills and innovations.

“I wanted to go into engineering; it was an industry where I could build my knowledge and make real differences to people’s daily lives,” says Akhila. “I’m not afraid to admit that I failed two out of my three pre-university board exams – but I passed computer science. So, instead of giving up, I took it as my natural calling and pursued a full diploma.”

During her diploma in India, Akhila discovered an affinity for writing code, understanding programme languages easily: “It came very naturally to me, and led me to qualify for my Bachelor of Engineering in IT.”

Akhila discovered her passion by chance, acting with what she calls “patience, practice and perseverance” to succeed as a software developer. Her first position after university was a support role, where she worked with real-time server data, and got the opportunity to really understand the what and why behind IT problems.

Learning and progressing is really important to me, and working in that support role gave me people management skills and insight into the development process I wouldn’t have if I’d gone straight into software development,” says Akhila. “I was building skills that’d allow me to cross borders and benefitted my role as a software developer.

A chance to excel at new challenges

Akhila was a software developer at Cognizant for almost three years in India, before moving to the UK as a senior developer in 2019. She’d built valuable experience coding, managing, unit testing, and deploying, and was looking for a new challenge. To satisfy her desire for something different, Akhila joined Headforwards as a Microsoft Dynamics 365 and Power Platform Developer in November 2021.

“I was drawn to Headforwards for the freedom they provided,” says Akhila. “I’ve done a lot already, and wanted to challenge myself by taking on a decision-making role and experimenting with new technology. Having worked with a vast range of solutions, I wanted the experience of choosing the right one for each client and their environment, thinking creatively outside of the box to deliver unique and great solutions.”

Akhila was used to working with banking and insurance organisations, mostly focusing on internal-facing projects. In her first project at Headforwards, Akhila worked with Cornwall Council to create a new public-facing council tax portal for the residents of Cornwall.

“Being part of a public-facing project has been a different challenge for me,” says Akhila. “It was exciting to work on something that reaches real people and makes a positive difference. We accomplished this by collaborating very closely with Cornwall Council developers to re-create a series of forms, using a technique called mobbing.”

Mobbing is when several developers work collaboratively on one problem, and it was new to Akhila when she first joined Headforwards.

There’s no hierarchy in our teams, there’s no one telling us what to do, so it’s easier and more beneficial to work together, with everyone contributing ideas and engaging in the process. It accelerates our learning and enables us to arrive at smarter solutions, faster.

Akhila’s passion for learning is driven by her determination to keep pushing herself and developing her skills. She’s keen to extend her knowledge, broadening her mindset from one day to the next. And at Headforwards, she’s empowered to do just that.

“On top of official training and certification, we have these opportunities called Tech Sprints, which are a chance to learn new things and build skills as part of our work,” explains Akhila. “During my last sprint, I learnt all about Microsoft Azure and this time around I’ve chosen AI.”

With a keen interest in AI, Akhila’s excited about the opportunity to explore and prove new technology in the industry and is keeping up with the latest developments to support her projects. “There’s so much more to discover and experiment with,” says Akhila. “If you fail today, that’s okay. There is so much more out there to learn and be challenged by if you’re willing to commit to your growth.”

Over the coming months, we’ll be exploring the stories of many more developers, data experts, project managers, business analysts, and QA testers – so stay tuned. In the meantime, you can take a look at our Careers page to find out more about what it’s like to work with us ­– and check out our vacancies. 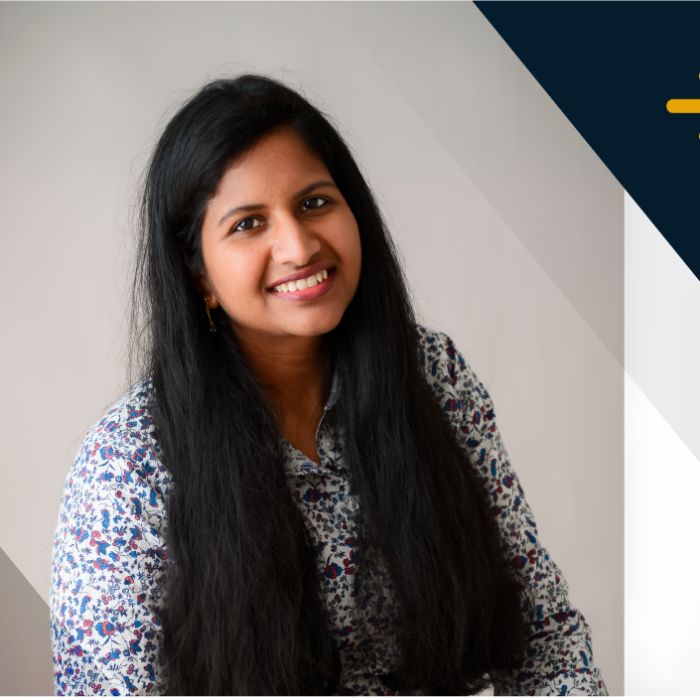 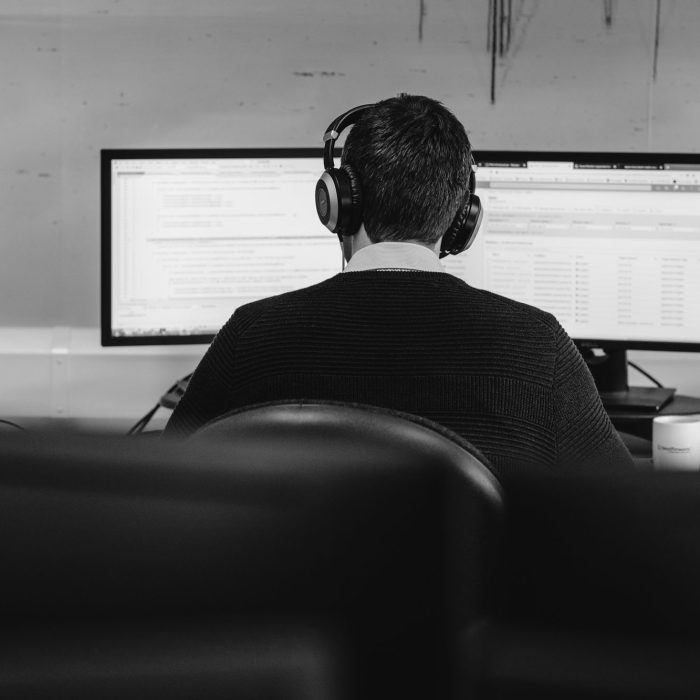 That ‘quality’ thing: how do Agile teams create high-quality software?

Software QA Leader Przemek Furtak explores the challenge of building high-quality software – and the complexity of defining ‘quality’ in the first place. 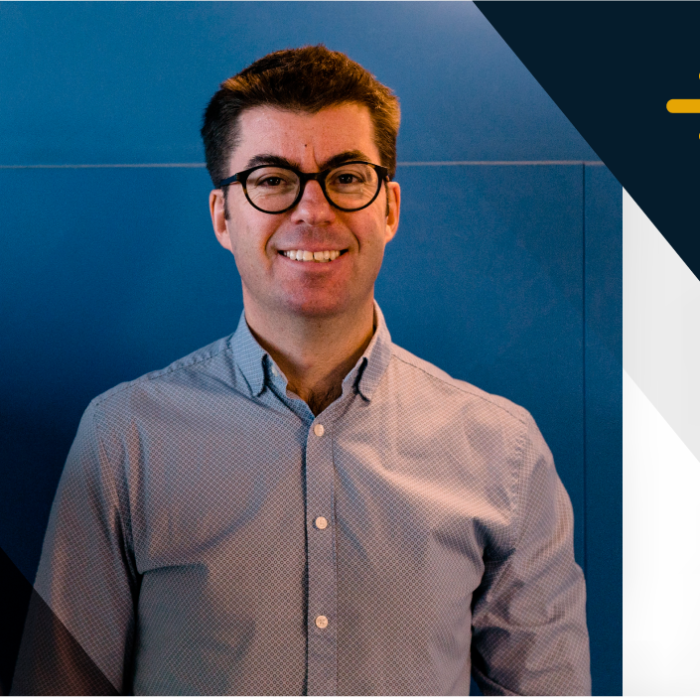 We’re kicking off a new series introducing you to some of the people who make Headforwards such a successful team. And who better to start with than Craig, one of our co-founders?